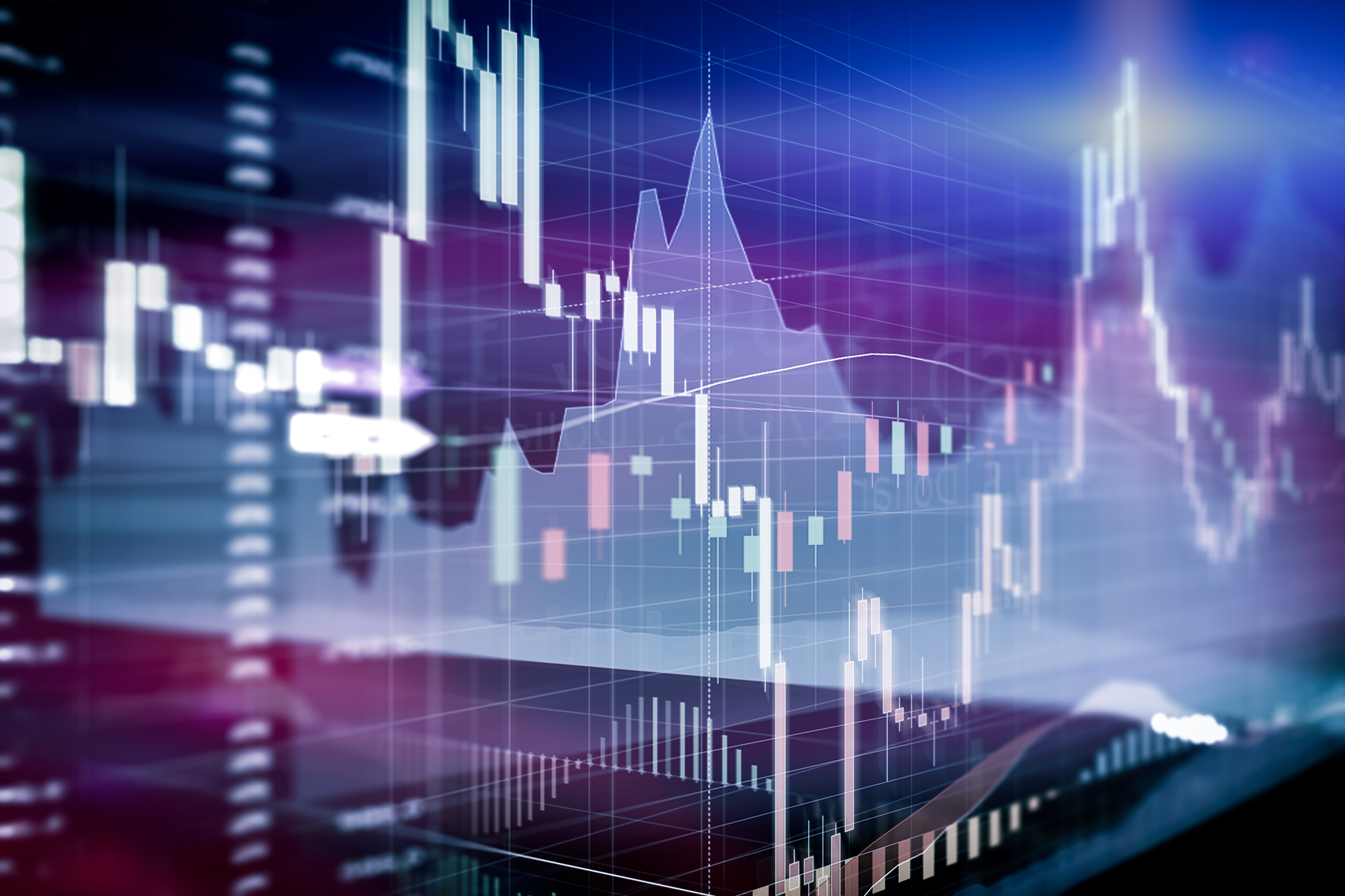 On 25 May 2018, the Full Federal Court dismissed an appeal from the Australian Competition and Consumer Commission (ACCC) of an order which dismissed the ACCC’s application alleging that Pfizer Australia Pty Ltd (Pfizer) had misused its market power and engaged in exclusive dealing.

It is worth noting that Competition Law in Australia has changed since the ACCC brought this case and the ACCC has recently sought leave to appeal this decision at the High Court of Australia. However, this decision still provides useful insights into Australian Competition Law including by confirming that even if a company holds a significant amount of market power, like the market giant Pfizer, it may take actions taken to protect its market position and not necessarily be acting with an anti-competitive purpose.

Atorvastatin is a pharmaceutical which reduces the risk of cardiovascular disease by reducing the production of cholesterol.

Atorvastatin, marketed as Lipitor, from the mid 1990’s to 2012 became the biggest selling drug in the world. In each financial year from 2010 to 2012, the value of atorvastatin sales in Australia exceeded 700 million dollars.

For the period between 2000 and 2012 Pfizer was the registered owner of the atorvastatin patent and had the exclusive right to supply Lipitor in Australia.

Pfizer’s patent was set to expire in May 2012. Immediately after the expiry of the patent, Pfizer had anticipated considerable competition in the market for the supply of atorvastatin in Australia.

Consequently, in the years leading up to the expiry Pfizer took undertook Project LEAP, which involved Pfizer taking a number of steps in order for it to be able to manage the post-patent expiry competition. These steps included:

The ACCC alleged that these steps taken by Pfizer contravened Australian Competition Law.

The ACCC alleged that Pfizer’s conduct contravened section 46(1)(c) of the Competition and Consumer Act 2010 (Cth) (the Act).

At the time of this decision section 46(1)(c) of the Act prohibited a corporation that has a substantial degree of market power from taking advantage of that power in that market by engaging in conduct that had the purpose of deterring or preventing a person from engaging in competitive conduct in that or any other market.

The ACCC alleged that the steps taken by Pfizer in the lead up to the expiry of their patent involved taking advantage of their market power for the purpose of deterring other pharmaceutical companies engaging in competitive conduct.

Justice Flick of the Federal Court dismissed the ACCC’s application.

At the time of application, the test for the misuse of market power was:

The ACCC alleged that the prohibited purpose for which Pfizer had undertaken Project LEAP was to deter or prevent a person from engaging in competitive conduct in that or any other market.

Further his Honour held that the rebates offered by Pfizer were a strategy that was open to all other suppliers and consequently did not involve Pfizer taking advantage of their market power.

In relation to the third point, the Court was not satisfied that Pfizer had implemented Project LEAP for an anti-competitive purpose. The ACCC presented evidence of documents sent within the company using anticompetitive language such as “blocking” other generic drugs. The Court, however, accepted the oral testimony of Pfizer’s executives and held that attempts to harm competitors are not necessarily evidence of an anti-competitive purpose. The Court held that the purpose of Pfizer’s conduct was to enable Pfizer itself to have the ability to compete in the highly competitive post-patent market.

As the Court had already held that Pfizer’s conduct did not come from an anti-competitive purpose (rather it was to enable Pfizer to compete in a post-patent market) the Court held that Pfizer could not have contravened section 47 of the Act by engaging in exclusive dealing for a prohibited purpose.

Pfizer had submitted that they were exempt from section 47 of the Act as an exemption under section 51 of the Act applied to them as the owner or a patent.

The relevant exemption under section 51(3) of the Act provides that imposing or giving effect to conditions of a license granted by a licensee or owner of a patent will not contravene section 47 of the Act in circumstances where the condition relates to the patented invention or articles made by the use of that invention.

As the Court had already rejected the ACCC’s argument under section 47 of the Act it was not required to determine the applicability of section 51 to these circumstances, however, his Honour stated that Pfizer’s defence would likely have failed. His Honour held that the sale of atorvastatin by Pfizer to the pharmacies:

The ACCC appealed the trial decision on 26 grounds. In substance, the ACCC required the Full Federal Court to consider each of the conclusions reached by the trial judge that were contrary to their submissions.

Although the ACCC’s case was dismissed in whole, Pfizer contended that the trial judge had erred by finding that they had taken advantage of their market power and finding that section 51(3) exemption did not apply to them.

The Full Court accepted that Pfizer’s conduct could be viewed as a whole and held that the trial judge had erred in finding that the ACCC’s pleadings in relation to the taking advantage element were ‘legally incoherent’. As a result, the Full Court considered the remainder of the ACCC’s submissions on that point. Ultimately, the Full Court held that because Pfizer still had substantial market power in January 2012, Pfizer had taken advantage of their market power by offering its bundled deals in January 2012.

The ACCC had alleged that the trial judge had erred in finding that Pfizer had not engaged in a prohibited purpose. The ACCC had pleaded that the use of anti-competitive language such as ‘blocking competition’ in internal documents, among other things, demonstrated that Pfizer had undertaken these actions for a prohibited purpose. However, after considering evidence from all of the Pfizer executives involved, the Full Court held that any anti-competitive inferences that could be drawn from this wording were adequately explained in oral testimony.

Further the Full Court held that the anti-competitive language only ever appeared in draft communications between subordinates and the phrasing was never approved or used by senior management.

Ultimately the Full Court held that this evidence established that Pfizer had not intended to prevent competition, nor did they intend to substantially hinder or deter competition.

The Full Court found that the trial judge made no error for finding that the ACCC’s exclusive dealing case had failed for the reason that the ACCC had not established the bundled offers made by Pfizer were done so for a proscribed purpose.

The Full Court had slightly different reasoning about whether Pfizer’s bundled deal involved the issuing of a licence. However, ultimately the Full Court held that the trial judge had correctly stated that the section 51 exemption claimed by Pfizer in their defence was not applicable as any conditions contained within the licence did not relate to the patented invention.

It is important to note that this decision is based upon section 46 as it was in 2014. In late 2017 recommendations by the Harper Review commenced and changed the operation of this section. Now section 46 of the Act has an effects test.  This means that the prohibition applies to conduct that could be said to have the effect of lessening competition (rather than being required to have the purpose of lessening competition). Further, section 46 of the Act no longer requires a corporation to take advantage of their market power.

This decision demonstrates the type of conduct which may be permitted when anticipating the expiration of a patent. It is particularly important that the Full Court considered Pfizer’s conduct was undertaken so they were able to remain competitive in this new market.

This decision should also remind organisations that, when contemplating new commercial strategies, it is important to record the reasoning behind any changes, as it was this evidence which was vital in persuading the Courts that Pfizer did not have an improper purpose.

Further, although the ACCC was unsuccessful in this case, the language used in the internal documents was one of the primary bases for ACCC’s allegations. Consequently, organisations should avoid using any hyperbolic wording or phrases in their internal communications. 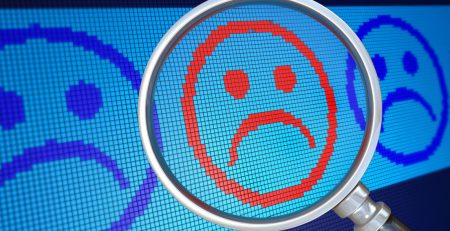